Day 4 of the 12 Days Of Christmas Challenge already? How did that happen? Today’s prompt is snowmen.

A few days ago I featured Rescue Beauty Lounge Piu Mosso on the blog. I used that same mani as the base for this one, so there is a little bit of wear. This is two coats of Piu Mosso plus one coat of Poshe fast-dry top coat to start, and then I added one coat of China Glaze Fairy Dust. The Piu Mosso made it look to me like a night scene, so I thought the China Glaze Fairy Dust would almost look like stars or maybe snow. 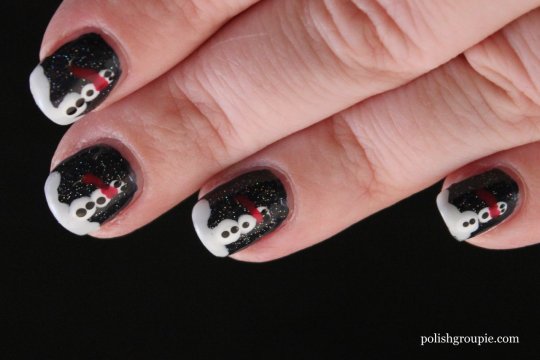 I then used a large dotting tool to add the snow across the bottom of each nail with OPI My Boyfriend Scales Walls. I used the same color to do the first layer of dots for all of the snowmen. I then added a second dot to each that was just slightly smaller than the original using NYC French White Tip. My working theory was that since the OPI is a white with a gray tinge that it would provide a little shading compared to the stark white NYC color. Not sure that came through in the finished product, but that was the idea.

I used a small dotting tool to create the scarves with Essie Very Cranberry, and then used Orly Liquid Vinyl for the coal buttons and eyes.

I finished it off with one coat of Poshe. 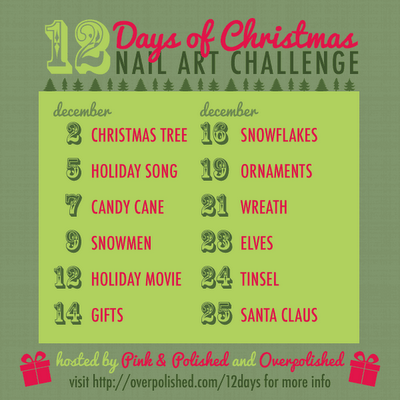