Earlier in the week I had Edward’s Love and Jacob’s Protection. But I saved the best for last with today’s Alice Had A Vision – Again. It’s my favorite of the three that I tried. (There’s a fourth, a gold polish called A Piece Of Love, which I didn’t pick up, although I’ve read in the meantime that it’s great for stamping).

Alice Had A Vision – Again has a purple jelly-ish base with what looks like pink, purple and turquoise shimmer in it.

The formula and the brush on this one were a lot better than the others in the line. It was thinner and went on much smoother.

Alice Had A Vision – Again and the other items in the Breaking Dawn Part 2 cosmetics collection are available at Ulta. The polishes cost $1.99 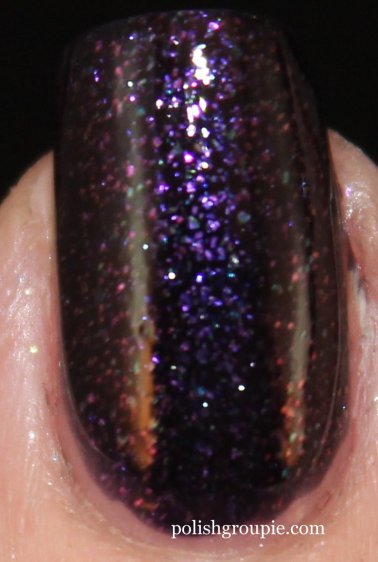